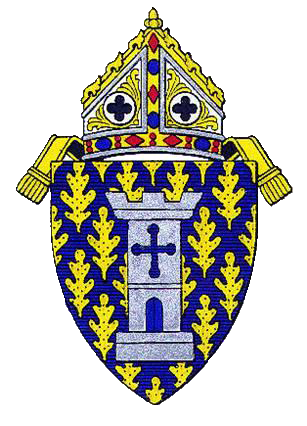 Through the laying on of hands and the invocation
of the Holy Spirit
the Most Reverend Terry R. LaValley
Bishop of Ogdensburg will Ordain to

You are cordially invited to join in the
Ordination Liturgy on Saturday, the twenty-first of May, Two thousand and twenty-two
at eleven o’clock in the morning at
St. Mary’s Cathedral
415 Hamilton Street
Ogdensburg, New York 13669