While national figures generally indicate a decrease in the number of abortions, Planned Parenthood Federations of America continued to commit more every year. In 2004, PPFA admitted that it took the lives of 255,015 human beings, an increase of nearly 4.3%. PPFA confessed to killing 244,628 preborn human beings in 2003, which was a 6.1% increase from the previous year.

Douglas R. Scott, president of Life Decisions International (LDI), today blasted Planned Parenthood for its "ongoing war against children." He said the Planned Parenthood Federation of America (PPFA) "has sought to increase its share of the lucrative abortion market for many years and the abortion-committing behemoth has been remarkably successful in reaching its goals."

"Twenty years ago, PPFA was directly responsible for more than 5.5% of all abortions committed in the United States," Scott said. "It is now responsible for nearly 20%."

In 2003, PPFA referred 1,774 customers to adoption agencies, which was a 9.6% decrease from the previous year. In 2004, PPFA referred a negligible 1,414 customers to adoption agencies, a decrease of nearly 20.3%. "It should be clear to everyone that if a woman seeks to kill her child, PPFA will be there to commit the act — for a price. But if a woman wants to give birth to a healthy baby, PPFA kicks her out the door with a referral slip. After all, adoption is not where the money is," Scott said.

NOTE: Over 500 babies were aborted at the Plattsburgh Planned Parenthood in 2004
(This article courtesy of LifeSiteNews.com.)
These statistics are not yet available on the State Health Department web site www.health.state.ny.us.
Persons in need of additional data can contact the Catholic Conference at www.nyscatholicconference.org. 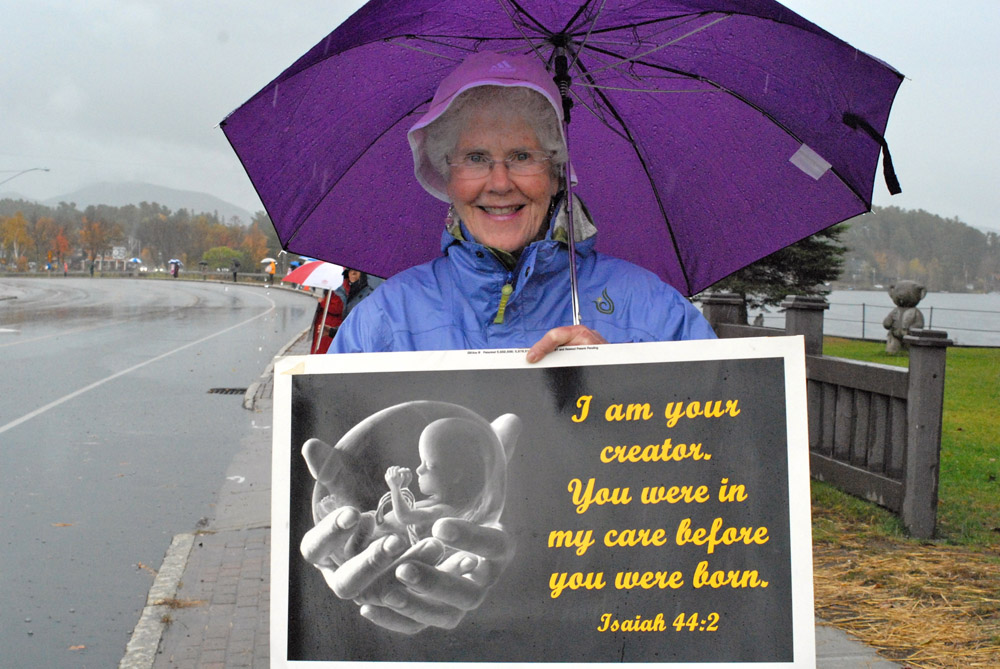 LIFE CHAIN is a peaceful, prayerful, prolife public witness of pro-life individuals standing for one hour to pray for our nation and for an end to abortion.
*Stand with thousands throughout the US and Canada.
*Bring your whole family
*All faiths welcome.
*Signs provided.
*Rain or Shine
For more information or to find a Lifechain in your location www.lifechain.net.