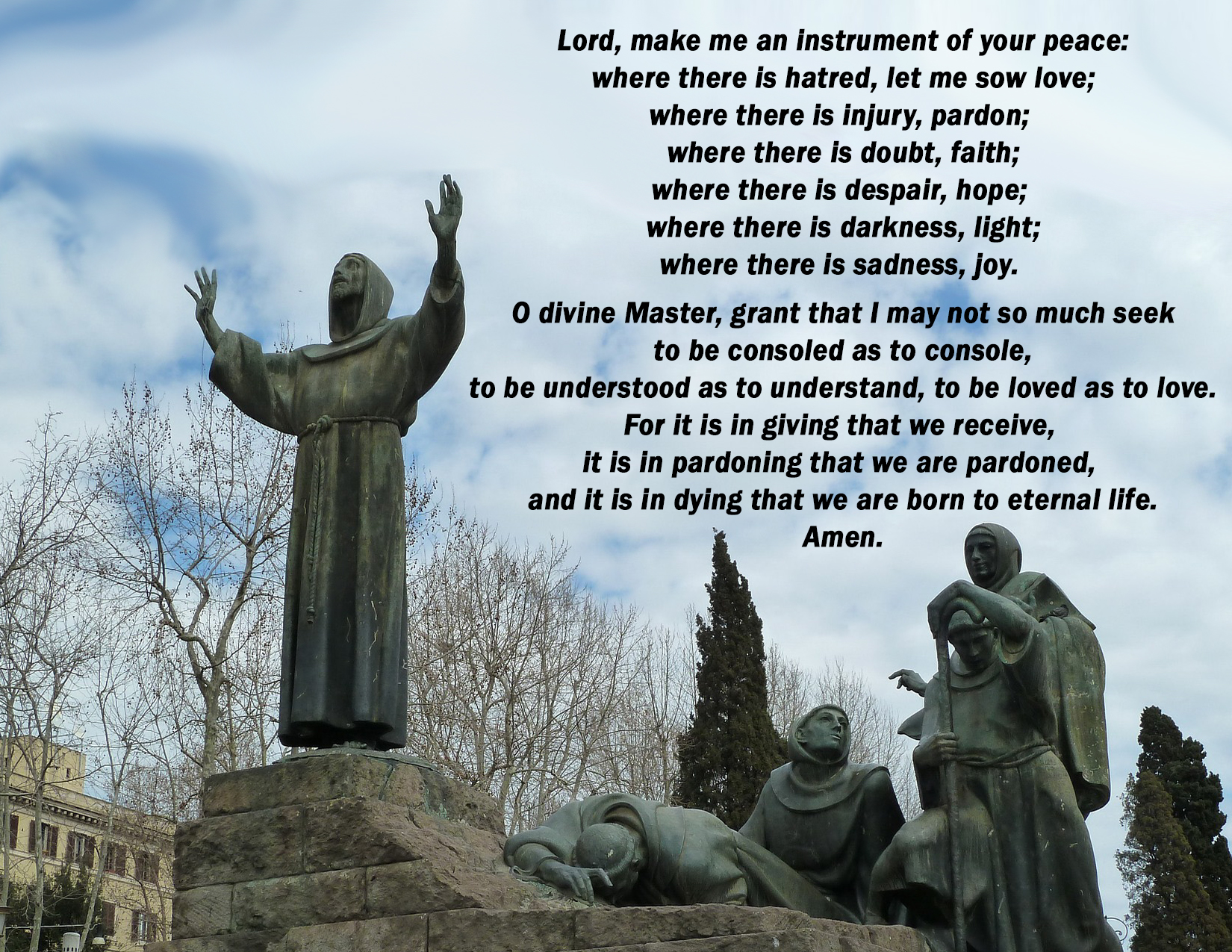 1.  LIFE AND DIGNITY OF THE HUMAN PERSON

Every human person is created in the image of God and so the dignity and life of each person must be respected. Learn more about this teaching here.

2.  CALL TO FAMILY, COMMUNITY AND PARTICIPATION

The human person is not only sacred, but social. Marriage and Family are the building blocks of society. All work for the common good. Learn more about this teaching here.

We are our brothers' and sisters' keeper and must stand together in the pursuit of justice and peace. Learn more about this teaching here.

Work is more than a way to make a living; it is a participation in God's creation. Rights of workers must be respected. Learn more about this teaching here.

The right to life is the right that makes all other rights possible. We have a right to a decent life but also the responsibility to make a decent life possible for others. Learn more about this teaching here.

6. OPTION FOR THE POOR AND VULNERABLE

for the least among us. Learn more about this teaching here.

We are stewards of God's creation and must care for creation and be guided by a concern for generations to come. Learn more about this teaching here.

Bills related to the following issues have been introduced in New York and may be addressed in 2020. For more information, or for a quick way to contact the governor, your state senator or assembly member on any of these issues, visit The New York Catholic Action Network.

At their January meeting, the New York State Bishops voted to oppose state legislation mandating the HPV vaccine for all children in order to attend school. The Conference is now officially opposed to S.298-B Hoylman / A.2912-A Paulin. At the present time, the legislation is showing no signs of movement. We are carefully monitoring the bill and will take action at the appropriate time.

Governor Andrew Cuomo has included language in his state budget proposal to repeal New York's ban on surrogate motherhood for profit. He is absolutely committed to undoing the ban, which was signed into law by his father, calling it "antiquated" and "based in fear." His budget language would enable the buying and selling of children and the exploitation of women for their eggs and wombs. Please urge your elected officials to remove this language from the budget and to oppose any other legislation to legalize commercial surrogacy.

The advocates for legalized physician-assisted suicide (S.3947 Savino / A.2694 Paulin) are pushing very hard this year. They seek to make it legal for terminally ill patients to receive life-ending drugs. These policies are dangerous for patients, caregivers, and vulnerable populations such as the elderly and persons who are disabled. Suicide is not medical care. Please tell your Senate and Assembly representatives that you oppose this dangerous and deadly practice.

And while Senate sponsor Diane Savino said publicly in January that there are not yet sufficient votes to pass this, the bill may go up for Health Committee votes this year in one or both houses.

On this front, the membership of the Assembly Health Committee just changed slightly, and the result is not good for us. Two strongly anti-assisted suicide Republicans have been replaced with one member who leans toward support and another who has not stated an opinion. These members are:

It would be helpful for these two individuals to hear from constituents in their districts.

In addition, we are hearing that the following members of the Senate could use some constituent pressure as well: